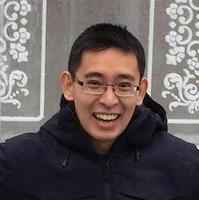 First, open up terminal you install homebrew with the command

Then, use homebrew to install CMake

The following steps are based on the installation steps given from the torchvision repo “https://github.com/pytorch/vision”.

First download the repo from “https://github.com/pytorch/vision” and place it somewhere convenient where you want to keep your cmake libraries. Take note of the file path to the downloaded repo.

Use your favourite text editor to go into vision/CMakeLists.txt file and add the following line near the beginning:

If you are using an M1 chip, the default processor (CPU) architecture is likely arm64. To check the chip architecture, use the command

If you are using arm64 architecture, you may change it to x86_64 by adding following line to the vision/CMakeLists.txt file:

Then while still in in the vision folder that you have downloaded from the repo, make a “build” folder and change directory into it.

Then inside the vision/build folder, use the following commands. It could take some time to run the “make” command:

In this section, we create an demo app to test the success of the installation.

Inside the torch-demo folder, you make a main.cpp file which contains:

Then, make a CMakeLists.txt file in the torch-demo folder using your favourite text editor. Remember to change the path/to parts to wherever you set up your opencv, libtorch, and torchvision folders:

Building and Compiling Your App

Inside the torch-demo folder, create a “build” folder as follow

Then build the libraries inside the build folder using with the optional addition of -DWITH_CUDA=on if you need to use CUDA:

Then compile your program with either of the following commands:

Then in the build folder, there should be a torch-demo executable which can be run as follows:

You may encounter some of the following errors during the installation process:

library not found for -lmkl_intel_ilp64

#include “torchvision/vision.h” file not found

Either you forgot to create the build folder in the vision repo using the make command or the path to the vision folder in the CMakeLists.txt file in your project is incorrect. See the section on “Setting Up TorchVision”

This is likely because your processor (CPU) architecture is arm64 rather than x86_64. To check, use the “arch” command in terminal and if so add the line “set(CMAKE_OSX_ARCHITECTURES “x86_64”)” to both the CMakeLists.txt file in the vision folder and for your project.

I’ve had trouble making the torchvision library work with arm64, so setting it to x86_64 seems to be an answer.

Sorry I think it’s an error in my instructions. I have it as “/path/to/opencv/vision/build/CMakeFiles”, so I’ll change the instructions in the post.

What is “list(APPEND CMAKE_PREFIX_PATH “/path/to/opencv/vision”)”? Are you sure it’s not to the path of torchvision rather? Thanks